You may know of the farm at 937 Maple Hill Rd as the place where the Boy Scouts sell Christmas Trees.  It has a history that we can trace back over 160 years.

End of the Colonial Era

We know that on April 7, 1854 the farm was owned by Jacob Mesick who has been referred to as Patroon Mesick.  While we don’t know if Jacob was actually a Patroon, but we do know Kiliaen van Renesselaer  was one of the founders and directors of the Dutch East India Company, and was granted a Patroonship in the New Netherland where he established Rensselaerwyck which passed to succeeding generations.  Upon the death of Stephan van Rensselaer III in 1839, his remaining land holdings were distributed between Stephen van Rensselaer IV, who received interest in lands west of the Hudson River in the Helderberg townships, and William who received lands in the “East Manor”.  Around 1848 William sold out his rights in over 500 farms in Rensselaer county.  We don’t know if Jacob Mesick acquired the farm in this transaction with William van Rensselaer, and if that is why he was know as Patroon Mesick.

James Brandon owned the farm until his death in March of 1897, leaving the property to his mother Mary Brandon.

1907, they arrived in New York on the Holland-America Line’s Nieuw Amsterdam.  After going through the immigration process on Ellis Island with their children in 1907 ending up in Castleton-on-Hudson, a predominately Dutch community.

Mary Brandon held the farm until her death in Aug 1910, leaving it to her sister Catherine Enright residing in Ireland, and her brother Thomas Haggerty residing in Australia.  It’s unclear exactly what occurred but we do know that Catherine Enright died and left her interest in the farm to her children Nora Allen, John Enright and Mary Ash.  We do know that in March 1911 through the probate process, ownership of the farm at 937 Maple Hill road passed to Nora Allen (Book of Wills 246, pg 401).  Nora in turn sold the farm to Christian and Gussie Braun in January 1912.

The van Nederynen’s lived for several years on Seamen Avenue in the Village of Castleton-On-Hudson. When World War 1 broke out, their son Albert, whose given name in Holland was Gijsbertus, interrupted his pre-ministry studies at Hope College in Holland Michigan to serve in the US Army Cavalry.  After the war and hearing that farm life would be good for boys who had been exposed to gas warfare in Europe; Gerrit and Maria van Nederynen purchased the farm at 937 Maple Hill Road from Christian and Gussie Braun in April of 1921.

It was only a few years later, in April of 1926, when Albert and his wife Hendrika purchased the farm from his parents.  They raised their family of three farming 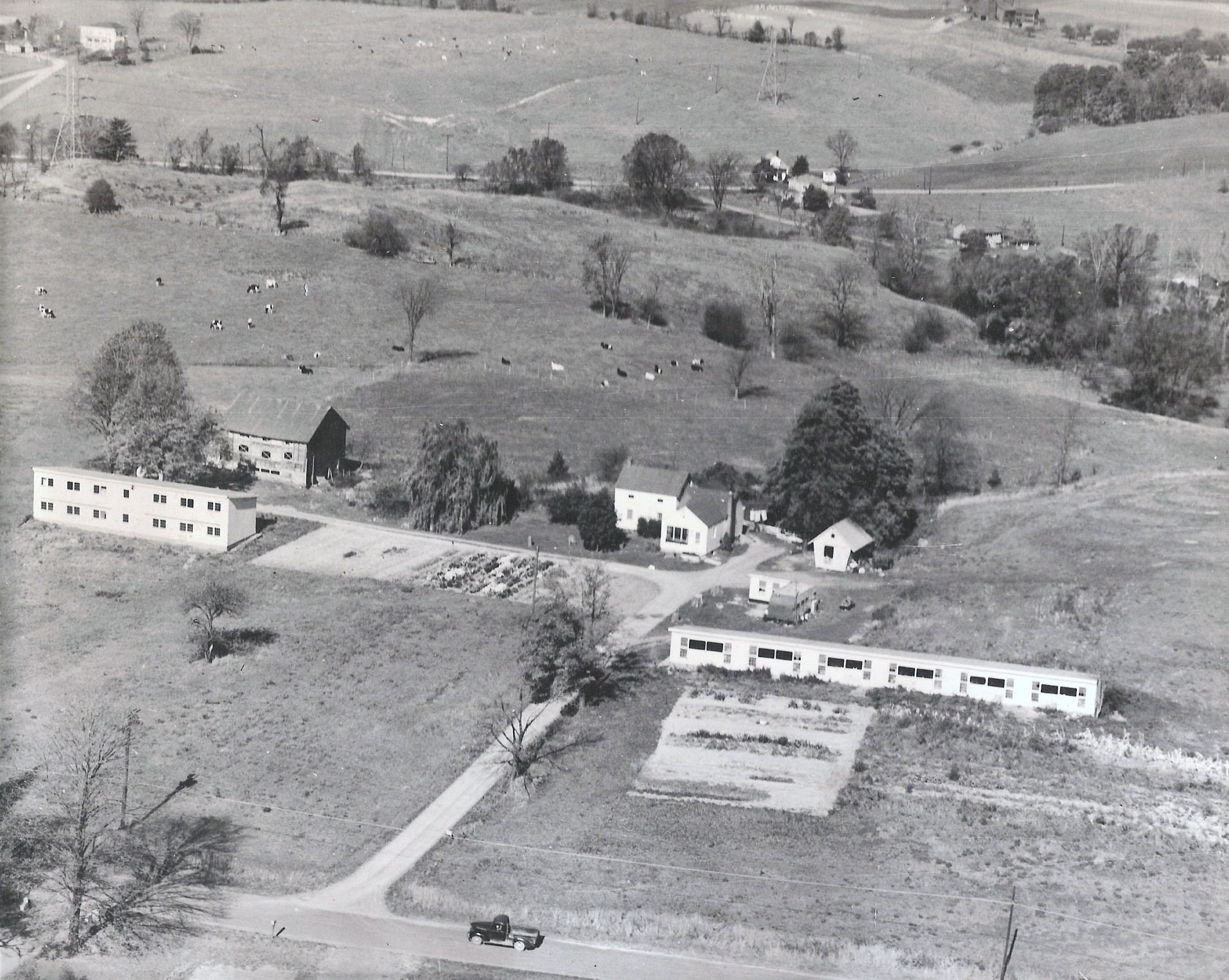 to support the family.  Albert established it as a poultry farm under the name Fair-Deal. 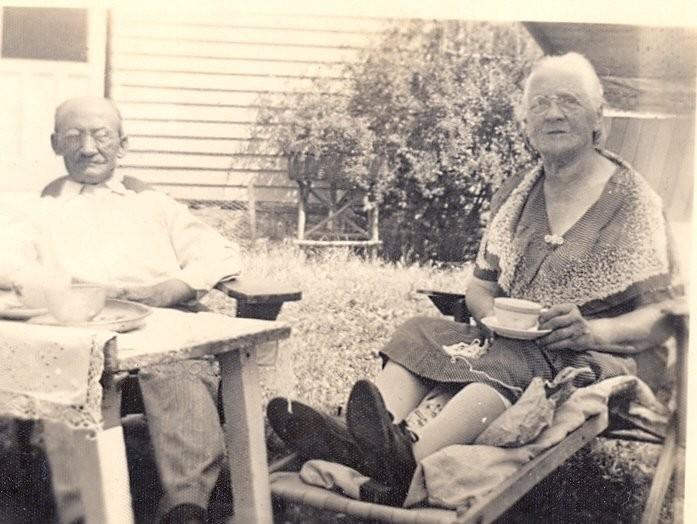 It was during these years that we know the original farm house was expanded by adding on the front living room so Hendrika’s parents Albert and Louise Lievestro, who immigrated from the Netherlands with their family in 1924 could move into what was the ‘old’ living room.  Later in the 1940’s the farmhouse was further modernized when plumbing was added and the pantry off the kitchen was converted to an inside bathroom.  To house his expanding flock of chickens, Albert added the building along the driveway and the two  story ‘brooder house’ on the left.  It’s during this period the 1st known wedding took place at the farm.

In 1947 Albert and Hendrika’s youngest son Al graduated from Cobleskill Collage of Agriculture and Technology  and returned to the farm. 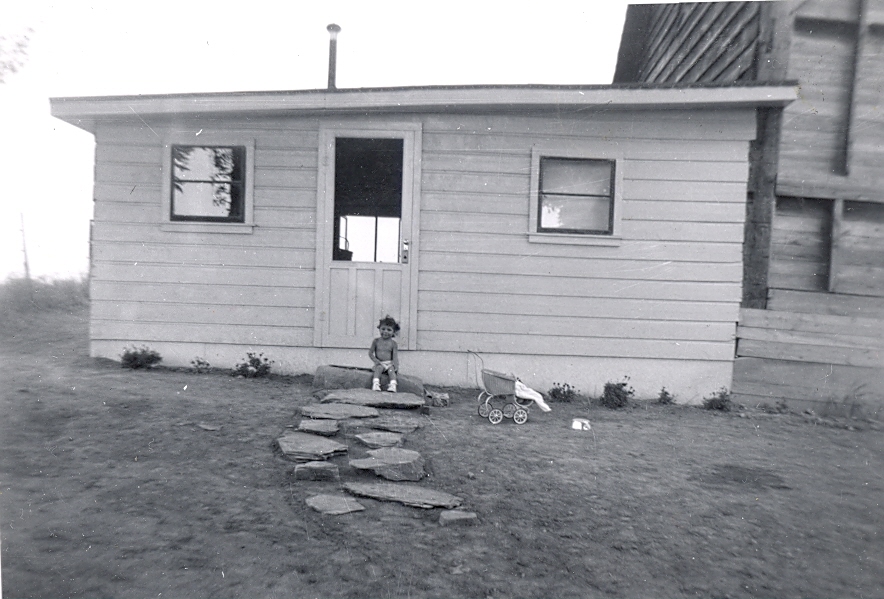 For a brief period he and his new wife lived in an apartment just down the road until he had built this small house nestled alongside a three story chicken barn.

Throughout the 1950’s, Al assumed more and more of the operations, planning to purchase the farm as his father did more and more in Veteran’s affairs helping veterans from World War II and Korea.  The farm initially was known as Fair-deal  was now Fairdale farm.  For years this sign was a seen along Maple Hill Road.  Al completed the purchase of the farm from his father in June 1959 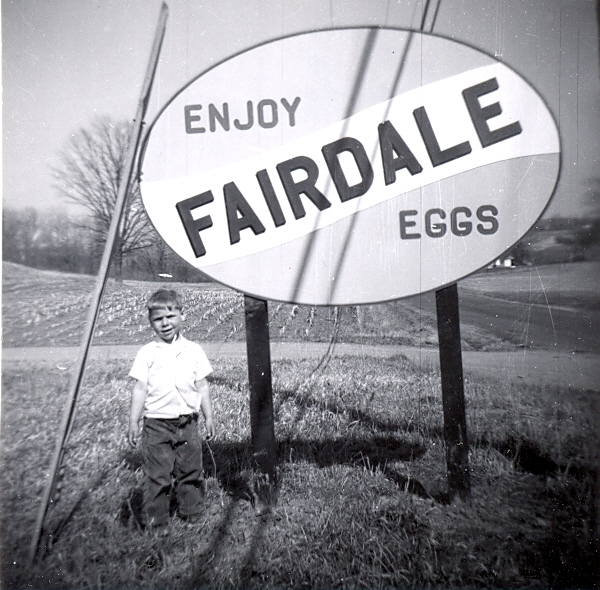 As Al planned on growing his flock the farm had to grow and the buildings grew. By the early 1960’s the front building had reach its full size stretching between the driveway down towards the curve in the road.  During these years several nephews and many teenagers from the surrounding area were employed on the farm to care for the chickens, collect and sort the eggs. 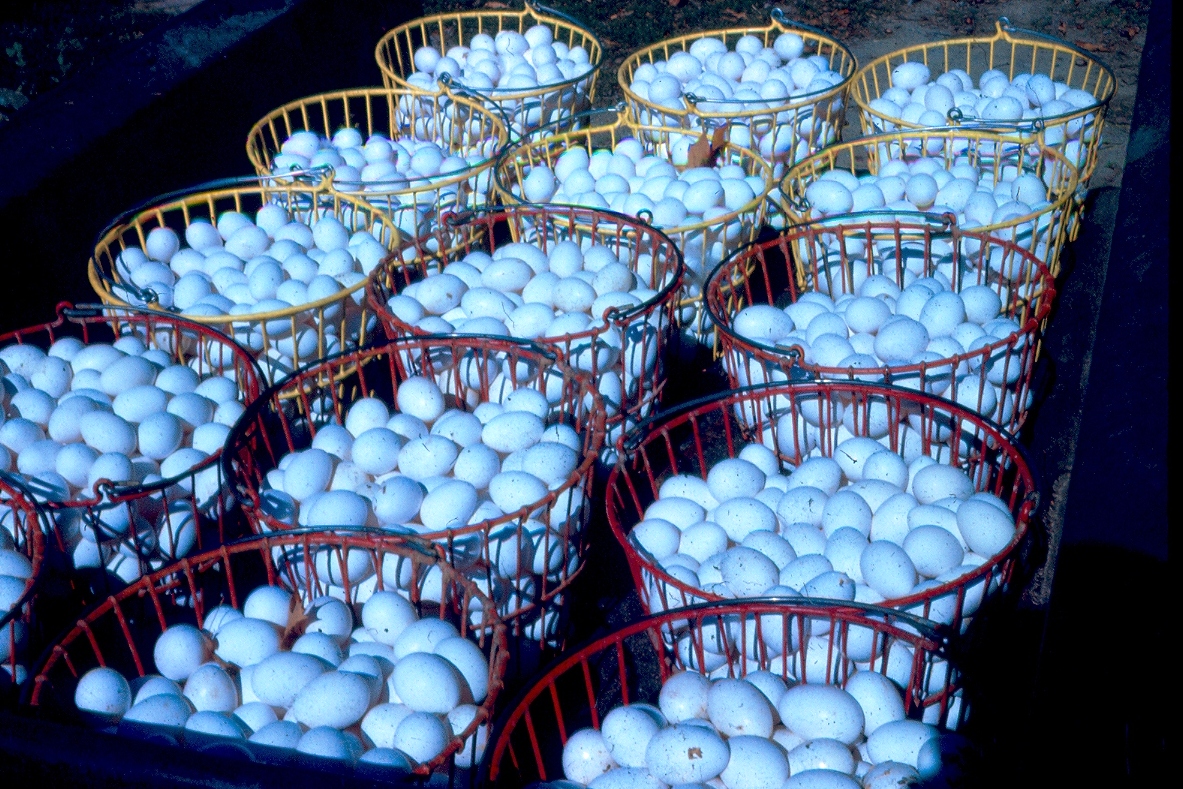 Inside, the flock of chickens produced dozens and dozens of eggs for farm customers.  Among the customers 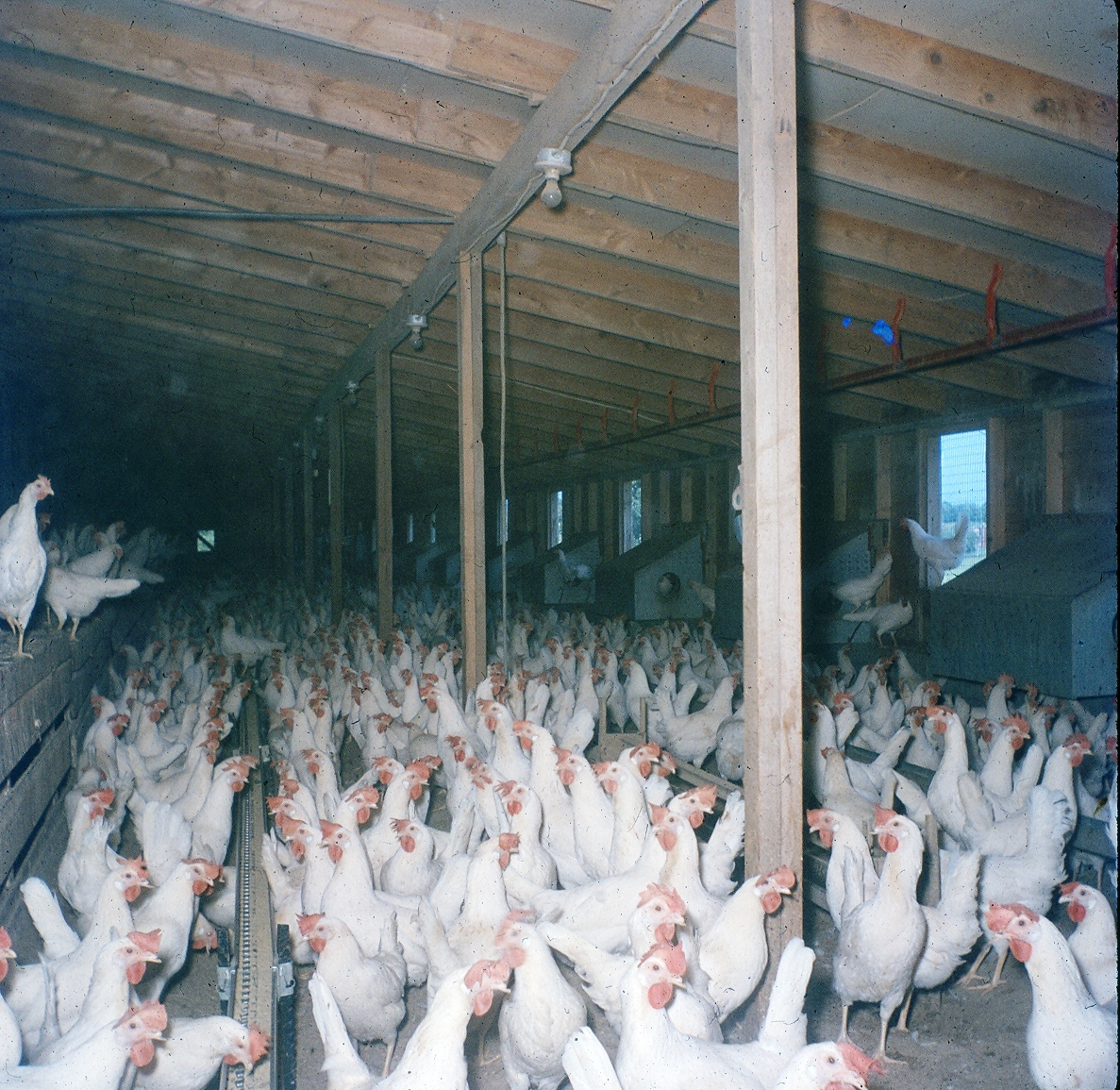 where those that came to the farm to purchase their eggs, and those on the delivery route.  By the mid 1960’s the farm supplied eggs to stores in the neighborhood that existed where the Empire State Plaza now stands, The State University at Albany Food Service, and New York State Thruway Berkshire Spur rest stops.  At its largest Fairdale Farm consisted of approximately 15,000 chickens on the 937 Maple Hill Rd farm and operated a farm in Nassau New York with about 10,000 young chickens (e.g. peepers). 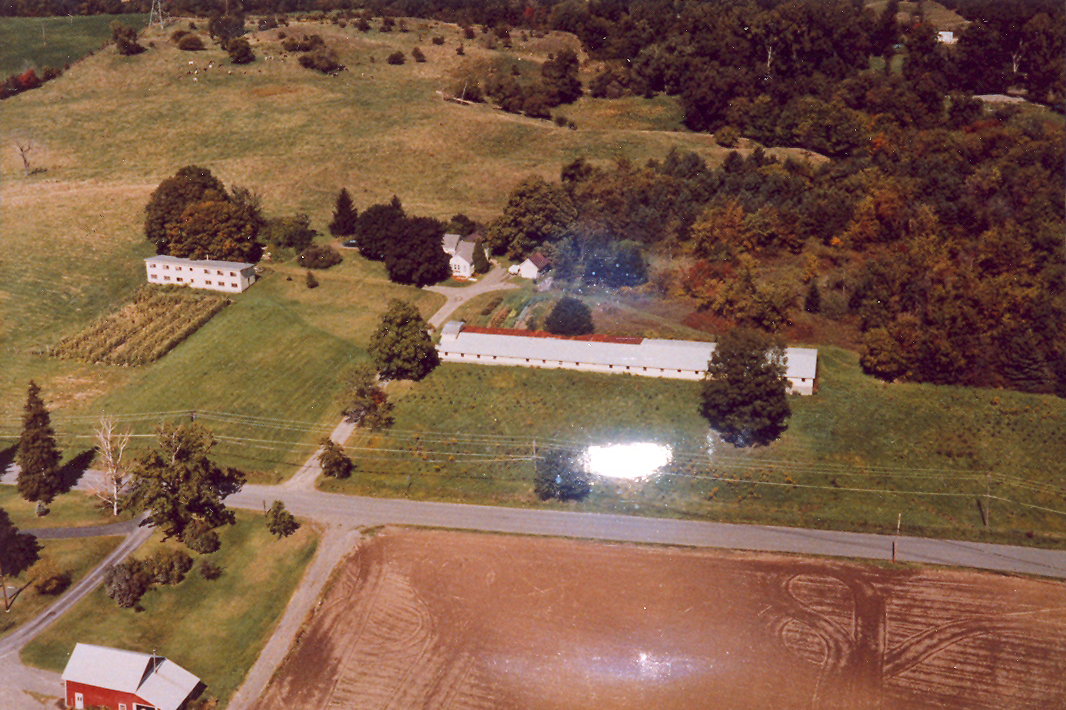 By the late 1960’s market conditions had changed and the decision was made to leave the egg business and the farm transitioned to just being a homestead.  First the 3 story barn and attached little house were taken down as seen in this picture.  Later the two story “Brooder House” came down.  It was during this period that the front chicken barn was used first for boat storage and later Al used it as a work shop and storage for his log home building business. 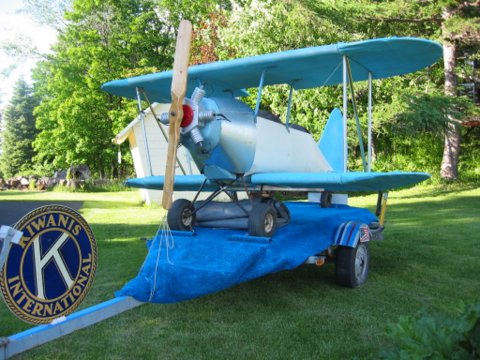 AL became a member of the Castleton Kiwanis around 1950.  Beginning in the 1980’s and continuing through to today the farm is used by the Kiwanis to build their float for the Castleton Memorial Day Parade.  One of the memorable floats was a biplane which used many items recycled from the poultry farm equipment.

In the 1970’s both of Al’s sons were members of Boy Scout Troop 53 in Castleton.  After his boys moved on Al 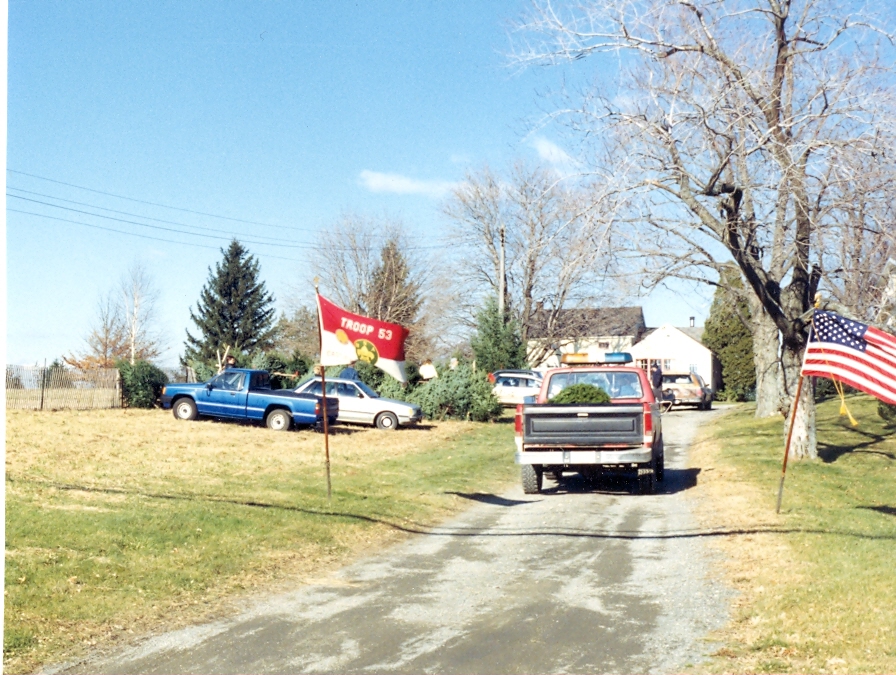 In 1983, seeing the farms open fields Al had the idea to plant a few Christmas Trees so the Scouts could offer some fresh cut trees and offer the community the traditional Christmas experience of going out into the countryside to find and then cut down their family’s Christmas tree.

When Al’s youngest son, Scott, returned home from his college graduation, he was greeting with a planting bar as the first Scot’s Pine (also called Scotch Pine), Douglas Fir and spruce trees were being planted.  Since then we have expanded from the front field, between the old Chicken house and the road, to a fenced in field on the other side of the farm.

Today, Scott and his wife live in the brick house originally built for his grandparents and where they lived when AL bought the farm in 1950.  The farm again has 2 generations living on it, and another generation (AL’s Great Grandson) helping care for the trees.  Today we are focused on 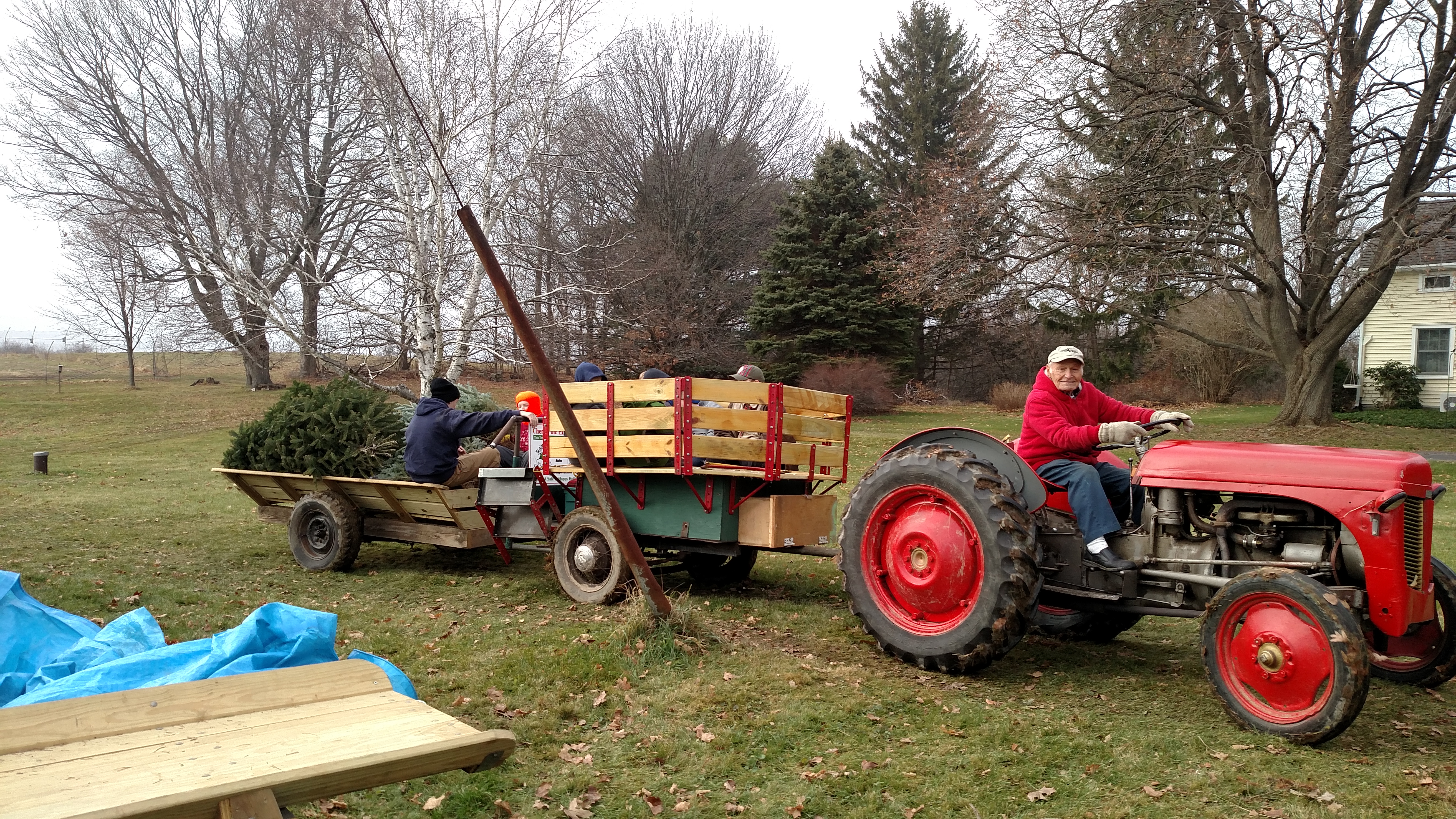 raising Christmas Trees and supporting youth in the Schodack area.  During the Christmas Tree sales season, we offer rides to the fields pulled by our antique tractor, and we will bring you and your tree back to the parking area.